Abstract: The U.S. Food and Drug Administration (FDA) has developed a Manufacturer and User Facility Device Experience (MAUDE) database, which stores the reports of adverse medical device events. Each adverse event report has an event description and is labeled with a variety of information such as “product problem”. This information is submitted by technicians, hospital staff as well as the manufacturers of the medical devices. Given this database and the methods of data-mining ‘big-data”, there are now many opportunities to gleam previously unknown information and correlations. This presentation discusses the MAUDE database and gives an example of the data-mining opportunities.

Bio: Professor Michael Pecht is a world renowned expert in strategic planning, design, test, and risk assessment of electronics and information systems. Prof Pecht has a BS in Physics, an MS in Electrical Engineering and an MS and PhD in Engineering Mechanics from the University of Wisconsin at Madison. He is a Professional Engineer, an IEEE Fellow, an ASME Fellow, an SAE Fellow. He is the editor-in-chief of IEEE Access, and served as chief editor of the IEEE Transactions on Reliability for nine years, and chief editor for Microelectronics Reliability for sixteen years. He has also served on three U.S. National Academy of Science studies, two US Congressional investigations in automotive safety, and as an expert to the U.S. Food and Drug Administration (FDA). He is the founder and Director of CALCE (Center for Advanced Life Cycle Engineering) at the University of Maryland, which is funded by over 150 of the world’s leading companies at more than US$6M/year. The CALCE Center received the NSF Innovation Award in 2009 and the National Defense Industries Association Award. Prof Pecht is currently a Professor in Applied Mathematics, Statistics and Scientific Computation at the University of Maryland, as well as a Chair Professor in Mechanical Engineering. He has written over 500 technical articles and has 8 patents. In 2008, he was awarded the highest reliability honor, the IEEE Reliability Society’s Lifetime Achievement Award. In 2010, he received the IEEE Exceptional Technical Achievement Award for his innovations in the area of prognostics and systems health management. 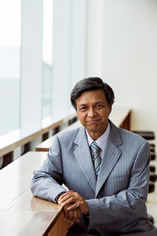 Abstract: The United Nations has recognized the need for a holistic approach of sustainable development where health, environment and social wellbeing are being targeted together through the new global Sustainable Development Goals (SDGs). In the healthcare sector Universal Health Coverage (UHC) is the platform that seeks to overcome inequality in tackling the service provision gap and financial gap that populations face. The role of ICT (Information and Communication Technologies) to build the essential building blocks of UHC has been accepted, In particular, the proliferation of mobile phones in developing countries, have raised the spectre of better access to quality healthcare in a cost-effective manner. Mobile communication devices, in conjunction with Internet and social media, present opportunities to enhance disease prevention and management by extending health interventions beyond the reach of traditional care—an approach referred to as mHealth. It has been predicted that by 2017 there will be ‘‘more mobile phones than people’’ on the planet, and currently three-quarters of the world’s population have access to a mobile phone. The World Health Organization (WHO) has announced that m-health has the ‘‘potential to transform the face of health service delivery across the globe”. Interestingly, the Govt of China has been actively encouraging universities to impart entrepreneurship education to its engineering and technical students. This requires inter-disciplinary approach to technical education and research. This talk will present an overview of the role entrepreneurship can play in helping address the global problem of Universal Health Coverage (UHC) based on mHealth.

Bio: Professor Pradeep Ray has recently been awarded the Shanghai 1000-talent Distinguished Professor status to work on the role of entrepreneurship in mHealth for addressing global problems. He is also a Professor in the Engineering Research Centre for Digital Medicine at Med-X Institute of Shanghai Jiao Tong University. He has been founder of the WHO Collaborating Centre on eHealth at the University of New South Wales (UNSW)-Australia where he is an Honorary Professor in the School of Public Health and Community Medicine (SPHCM). Pradeep led to completion (2006-2009) the WHO Research on the Assessment of e-Health for Health Care Delivery (eHCD) involving a number of countries in the Asia-Pacific region (India, China, Vietnam and Philippines). Pradeep also led to completion a number of international initiatives, such as the ITU-D/IEEE Mobile eHealth Initiative for Developing Countries (2004-2009) and the Global Longitudinal Study on the Assessment of mHealth (2009-2012). This study involved a number of developing countries, such as Bangladesh, India, PNG and Indonesia. The highly cited work by APuHC on mHealth Bangladesh led to the formation of the UNSW YunusSocial Business Hub for Health, the first of its kind in Australia. He has been an IEEE Distinguished Lecturer on eHealth (since 2014). He has been a founder and a Chair of IEEE eHealth Technical Committee (2009-2013) and the founder of IEEE Healthcom (since 1999). 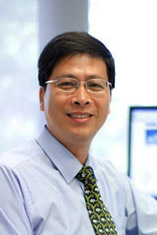 Sean He     Professor of Computer Science     School of Electrical and Data Engineering     Core Member, Global Big Data Technologies Centre     Core Member, AAI - Advanced Analytics Institute
Abstract: Medical endoscopic procedures with a surgical tool called endoscope are widely performed in minimally invasive surgery (MIS). The endoscopes have been integrated with cameras at their distal tip and directly inserted into the body through natural orifices (e.g., mouth and nose) to observe the interior of hollow organs, e.g., sinuscopes for sinus inspection, colonscopes for colon/rectum cancer detection, angioscopes for examining the lumen of blood vessels, and bronchoscopes for lung and bronchus cancer diagnosis, staging, and treatment. Nowadays, navigated endoscopy is generally agreed to be the next generation of interventional or surgical endoscopy. It usually combines pre- and intra-operative imaging information to guide physicians during endoscopic procedures. However, endoscope three-dimensional motion tracking that spatially and temporally synchronizes various sensory information still remains challenging for developing different endoscopic navigation systems. In this respect, endoscope tracking and navigation aim at fusing the modality information to accurately and robustly locate or fly through the endoscope at any interest of regions. Unfortunately, fusing the multimodal information is still an open issue due to the information incompleteness, e.g., image artifacts, tissue deformation, and sensor output inaccuracy in computer assisted endoscopic interventions. In this talk, a novel framework of multimodal information fusion is presented to use evolutionary computing for endoscopic navigation systems. As most popular evolutionary computing algorithms, adaptive particle swarm optimizer and differential evolution are modified to precisely localize the endoscope and estimate the movement.
Bio: Professor Sean He, as a Chief Investigator, has received various research grants including four national Research Grants awarded by Australian Research Council (ARC). He is the Director of Computer Vision and Pattern Recognition Laboratory at the Global Big Data Technologies Centre (GBDTC). He is also the Director of UTS-NPU International Joint Laboratory on Digital Media and Intelligent Networks. He is an IEEE Senior Member and has been an IEEE Signal Processing Society Student Committee. He is a leading researcher in several research areas including big-learning based human behaviors recognition on a single image, image processing based on hexagonal structure, authorship identification of a document and a document’s components (e.g., sentences, sections etc.), network intrusion detection using computer vision techniques, car license plate recognition of high speed moving vehicles with changeable and complex background, and video tracking with motion blur. He has played various chair roles in many international conferences such as ACM MM, MMM, IEEE BigDataSE, IEEE CIT, IEEE AVSS, IEEE TrustCom, IEEE ICPR and IEEE ICARCV. In recent years, he has many high quality publications in IEEE Transactions journals such as IEEE Transactions on Computers, IEEE Transactions on Parallel and Distributed Systems, and IEEE Transactions on Multimedia; and in Elsevier’s journals such as Pattern Recognition, Signal Processing, and Computer Networks. He has also had papers published in premier international conferences and workshops such as ACL, IJCAI, CVPR, ECCV and ACM MM. He has recently been a guest editor for various international journals such as Journal of Computer Networks and Computer Applications (Elsevier), Future Generation Computer Systems (Elsevier) and Signal Processing (Elsevier). He is currently an Advisor of HKIE Transactions.

Abstract: The health and well-being of a nation’s citizens is a critical function of any state. Amongst other sectors, healthcare is a Critical Infrastructure and recent attacks on health-care organisations in the UK, and indeed world-wide, have demonstrated the vulnerabilities of a sector that is increasingly reliant on the functioning of its information systems and electronically controlled infrastructures. In this talk I will analyse some of the risks and threats that the health-care sector is facing, in particular highlighting dependencies on other critical infrastructures whilst considering a number of relevant threat actors. Whilst research has progressed significantly our understanding of cyber security, the fast pace of technology adoption and the ubiquity of devices, sensors and communication links in emerging areas such as smart-care, e-health and assisted living, create new cyber security challenges that must be addressed. Many of these challenges have technological solutions but the real challenge is in the “wet-ware”, the human component of these systems.
Bio: Professor Helge Janicke is the Director of De Montfort University's Cyber Technology Institute. He is the Head of School of Computer Science and Informatics. Prof. Janicke was awarded his PhD in Computer Science in 2007 and worked on Cyber Security with organisations such as Airbus Group, QinetiQ, Ministry of Defence and General Dynamics UK amongst others. His interests are covering formal verification techniques and their application to Cyber Security, SCADA and Industrial Control System Security as well as aspects of Cyber Warfare. He established DMU's Airbus Group Centre of Excellence in SCADA Cyber Security and Forensics Research in 2013. He is a general chair of the International Symposium on SCADA and Industrial Control Systems Cyber Security Research (ICS-CSR). He is Editor-in-Chief for the Journal of Security and Safety (EAI) and serves on the editorial board and as reviewer for a number of international journals.


Abstract: The integration of telemedicine and information technology has become international medical research focus. We have launched research and application of the telemedical assistant system based on integrated network technology. We reviewed the current global research of link aggregation technology, unified carrier technology and telemedical assistant system and further issued the urgency and feasibility of the integration of innovative medical and information technology. We then discussed the key technologies of heterogeneous link aggregation based on self-similar model and business-oriented unified carrier for multi-network convergence in detail. In the aspect of link aggregation technology, we illustrated the dynamic cache management method and the design of link controller with self-similar model; in the aspect of unified carrier technology, we discussed the fast convergence technology, multi-service routing optimization technology and Linux-based unified carrier system. In summary, we manifested the trends and landscape of the integrated network technology application in the telemedical assistant system.
Bio: Professor Chengsheng Pan is long engaged in air ground integrated network management technology and aerospace information transmission network technology research. He has led and organized seven National “863” projects, one National “973” project of China. He has published over 100 papers in related conferences, journals, and books, and been authorized with 12 items of patents. He has been awarded two second prizes of National Scientific and Technological Progress, first prize of National Defense Science and Technology, first prize of Technology Invention in Liaoning Province, first prize of Scientific and Technological Progress, et al. He is the consultant of International Journal of Innovative Computing and Information & Control, serving as the part-time member of its Science and Technology Committee and standing director of the Chinese Society of Command and Control.